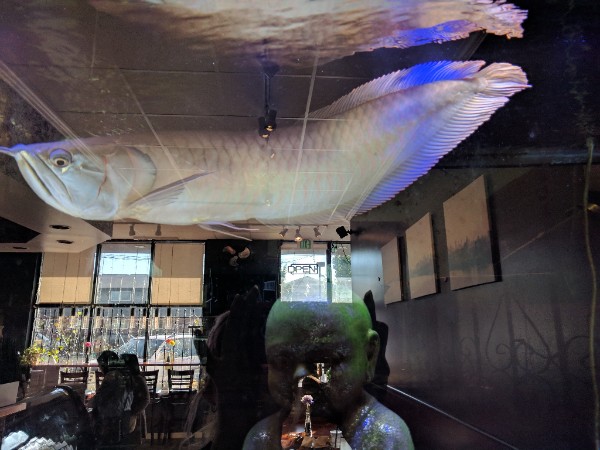 Hope you all had a fulfilling holiday season.

The last issue of the magazine for this 2017 was #8. It’s available for purchase in the shop, with Issue #9 releasing shortly.

Calling out sexual assault in a viral Google spreadsheet: CW: discussion of sexual assault and harassment. On the brink of being outed by Harper’s, Moira Donegan outs herself on The Cut as being the creator of the “Shitty Media Men” list, a Google spreadsheet of sexually abusive men working in the media, a whisper network documented in digital form. Donegan writes about her process, social benefits, the fallout, and her concerns for safety.

Integrating your brain with your car: Driverless cars aren’t the kind of only automobile AI in the works. Nissan is experimenting with a system that reads brainwaves and tries to interpret what your next move as a driver will be and respond. Washington Post’s reporter Geoffrey Fowler took a test drive through a simulation.

Quilts go digital.: The American Folk Art Museum has digitized and indexed over 6,000 New York quilts and their stories for you to marvel over. Keep your eyes cozy with these colorful geometric designs and learn a bit about United States history. You can see these and designs from all over the country in the Quilt Index. Reported by Allison Meier for Hyperallergic.

The Recompiler Podcast Episode 43: 70 days, 9 hours: Christie Koehler and Audrey Eschright chat about algorithm accountability efforts in NYC, Reality Winner, sexual assault in the infosec community, and more. Content warnings for sexual assault are noted in the show notes in the relevant places, with timestamps are available on the podcast page.

“You Are Here: Finding Ourselves and Each Other in Stories” by Jay Edidin


“For humans, stories form the bridge between data and understanding. They’re where we look when we need to contextualize something new or recognize something we’re pretty sure we’ve seen before.”

Do you know an upcoming conference or CFP that should be included? Email leads to us.

Lauren Hudgins (@lehudgins) is a freelance digital strategist living and working in cold, rainy Portland, Oregon. Her essay on Comic Sans and the right of people use whatever font makes reading accessible to them was one of the top 20 most read essays on The Establishment for 2017.