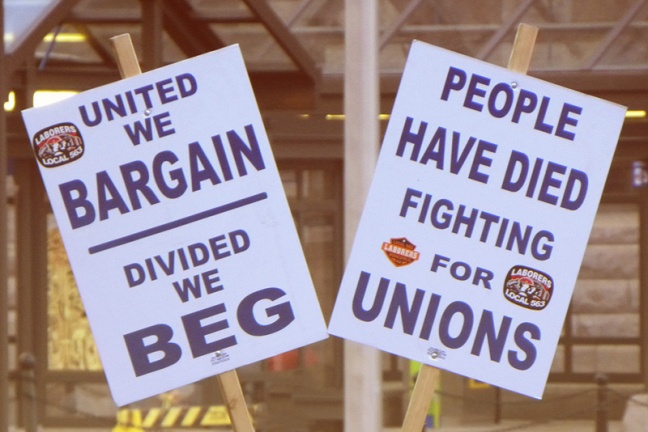 We’re starting to put Issue 9 online, and you can read one of the first articles now: Progress is a Never-ending Circle, by AC Gillette. And you can get a preview the upcoming Responsible Communication Style Guide supplement by watching editor Thursday Bram’s talk What You Need to Know When Naming a Python Project.

An anti-diversity troll hacked linux.org to complain about SJWs and dox a trans developer. Hacker kitlol5 is taking credit for defacing the website.
(Lorenzo Franceschi-Bicchierai for Motherboard)

Amazon warehouse workers in NYC are pushing to unionize. They often work 12-hour days with inadequate breaks, followed by long, unpaid waits to go through security in order to leave.
(Josh Eidelson for Bloomberg)

A reproductive and immigration rights activist is having her green card revoked and will be deported to Mexico. Alejandra Pablos, who grew up in the United States, was stripped of her green card after an arrest at a protest last year.
(Marissa J. Lang for The Washington Post)

The Final Straw: Solidarity with the Migrant Caravan
William Goodenough talks with two people doing on-the-ground support for the migrant caravan in Tijuana: Chris, an organizer with Enclave Caracol; and Elena, a lawyer doing support work for the asylum seekers in the caravan.

Emily Xie at PyCon Cleveland 2018 gives a tutorial on how to use Processing.py to make visual art.

This newsletter compiled by Margaret Killjoy (@magpiekilljoy). Margaret is an author, activist, and musician based in Appalachia. Her most recent book series is the Danielle Cain novella series, which starts with The Lamb Will Slaughter the Lion.